A Message of Thanks 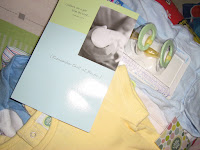 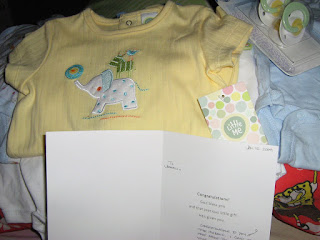 I could’ve written about this sooner but I’m still waiting for the pictures to get downloaded to the computer.

We got this package at the Mandaue Central Post Office last Friday. Wow, it’s for our little princess Diane Pauline! (Yes, we decided to name her Diane Pauline as Shan had earlier suggested since my sister Jemimah also suggested the same.) Thank you, , and for being so sweet and thoughtful. Thanks for the nice message on the card, too.

Thanks also to the Mandaue Central Post Office for rendering an honest service. We only had to pay thirty-five pesos for the customs fee. I heard about some horrible stories about packages not getting to the supposed recipient. In fact, it’s been almost three months since my hubby’s sister sent a package from to their parents in Talisay via registered mail but the package was unheard of until now. His sister might have to file a complaint for this. Whew! I wonder what’s wrong with the world today.
at February 15, 2009 3 comments: