sleeping on the job? 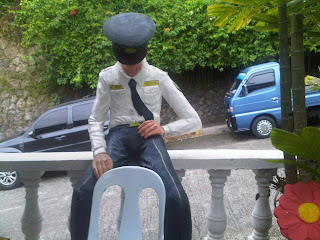 Haha. This is just a little keepsake photo I took from Mountain View Park where we had a brief outing with husband's family last weekend. While this may not be an uncommon scenario nowadays, we all found this funny because we really thought it was a real security guard sleeping on his job but, as we were able to get a closer look, we realized it's not real.  Oopps.. :-)

What to do? They might as well have a photo op with the daysleeper. :-) 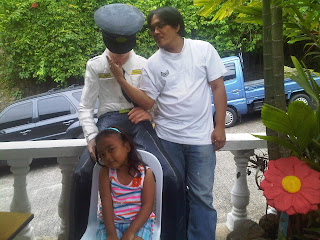 We are counting the days. Oh, we're almost ready to take that dip in the beach. This weekend, we're going to Dalaguete to have an enjoyable beach time with husband's family. They (my in-laws) do this every year. Planning for an annual summer beach party with family has already become part of the family tradition. There is always a day planned out for a yearly summer beach outing that members of the family are already expected to keep their schedules vacant to accommodate this activity.

I don't have any idea what Dalaguete is like and I don't  know yet which specific beach resort we would go but I heard that there are a lot of beautiful beaches there. Hopefully,  we would find that out on Saturday when we get to in-laws' place. Hmmm, I had better check if my batteries for the camera can handle all the shots that I am planning to take on that day. I want to make sure I would be able to capture the beauty of the place and the fun moments with family.
at May 07, 2013 1 comment:

Thanks to my in-laws who have planned for a summer vacation, we finally had the chance to explore the Hidden Beach in Aloguinsan, Cebu. We have planned to visit this place last year but due to the not-so-pleasant weather (there was a threat of typhoon at that time) where the van we were renting got stuck on the way to that hidden beach, we decided to change our course and headed to another beach in another town.

You can only imagine the anticipation of being able to finally experience the white beach and the long shoreline. So, this summer, we finally made it happen. But, it almost didn't happen when, as we were on our way to where this beach was hidden, the rented van didn't seem to cooperate. Unfortunately, the vehicle's radiator leaked while we were still halfway through our destination. I think we were in Naga at that time, which spoiled our anticipation for a good swim.

I thought we wouldn't push through with the Hidden Beach summer outing. I thought we will again settle for another beach elsewhere just like we did last year, closer to where our vehicle got stranded. Thanks to the initiative of the driver, we transferred to another van after he called a fellow driver for back-up.

You know what it's like to get stuck or stranded, right? 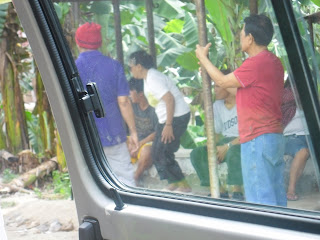 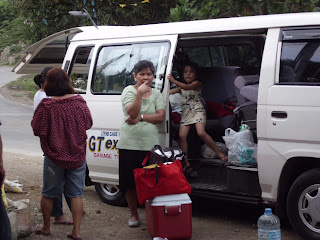 Well, I considered it as a temporary setback. Coincidentally, my in-laws realized we got stranded in front of the house of their friend (a former workmate of father-in-law, I believe). To make the long story short, they ended up asking for "makopa" or "tambis" fruits (I don't know how they call that anywhere else in the world - I'll look that up pretty soon). So, we weren't really super bored at that time. 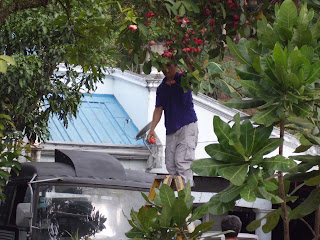 Because of what we went through before getting there, we were able to appreciate Hidden Beach Aloguinsan even more. To say that it was all worth it is, in fact, an understatement.:-) 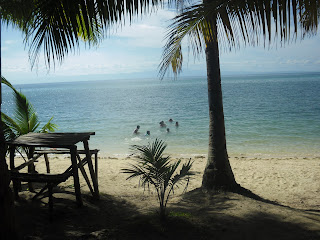 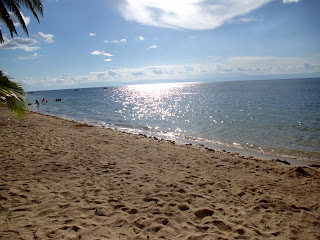 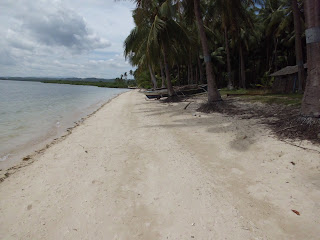 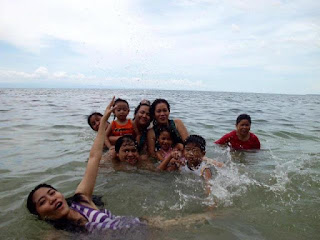